N.C.O.s and Men of the 1st Battalion, Cheshire Regiment Killed in Action, August 1914 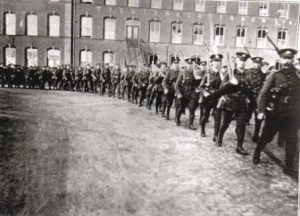 The Great War with Germany was declared on the 4th August 1914 and Reservists were immediately recalled to the colours.

The 1st Battalion were stationed at the time in Londonderry and began immediate preparations for embarkation to France. This included recalling Reservists from all the Country

By the time the Battalion set sail from Belfast on 14th August 1914 over 550 Reservists had joined the regular complement. At 6.00 a.m. that morning the Battalion marched out of their Barracks and entrained for Belfast where they made ready to sail to Le Havre.

…  about the Mobilisation and the strength of the original Battalion. 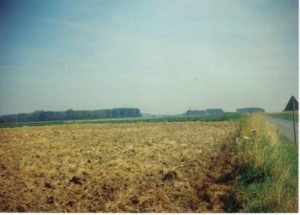 With a strength of 26 Officers and 980 NCOs and men the Battalion could be said to be at full strength as it headed into action to meet the German Armies near Mons.  That meeting took place between the two small villages of Audregnies and Élouges, right on the Franco-Belgian border.

Here the Battalion engaged four German regiments for most of the day and had allowed 5th Division to complete its withdrawal.

By the end of the month 3 Officers were dead, 15 more wounded and/or captured, 58 NCOs and men had been killed and a further 490 captured. Uncounted others were wounded, many to die later, either in field hospitals or as prisoners of war.

The following Officers, N.C.O.s and men of the 1st Battalion were killed in action or died of their wounds during August 1914. Follow the links from each man’s name to learn more about his Personal life and Military Service. 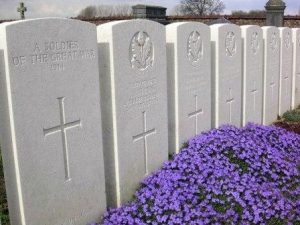 “I had no intention of sacrificing the Cheshire – but I firmly believe now that the sacrifice saved the 5th Division.” ….. “It was due to the gallantry of these two Battalions (1st Cheshires & 1st Norfolks) that the Division was able to extricate itself.” – Lieut.-Colonel C. R. Ballard the Norfolk Regiment (O.C.).

The War Diary states that at the end of this day: “At roll call in Bivouac at Les Bavay there were 6 Officers, a Warrant Officer and 199 men – The strength marching out at 7.30 a.m. on the morning of 24th inst was 27 Officers, 1 Warrant Officer and 933 men – A loss of 78% most of which was caused in the withdrawal.“

The following 58 Officers, N.C.O.s and men were killed in action on the 24th:

Plus: (Company not known)