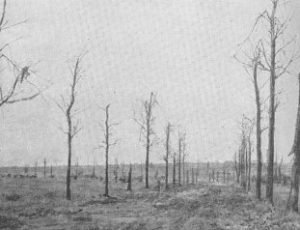 The little town of “Wulverghan” (as named in the War Diary) is now called Wulvergem and the Battalion spent 11 days in the trenches, half a Battalion at a time.

The Diary records that “A” and “C” Companies would occupy the trenches one day, “B” and “D” the next probably on Wulverghem – Messines road and in the River Douve valley.

In fact this is most likely the 6th (Territorial) Battalion who were in Stockport in August 1914, part of the Cheshire Brigade, Welsh Division. On 10th November 1914 they left the Division and landed in France and on the 17th December 1914 were attached to 15th Brigade, 5th Division, alongside the 1st Battalion. On the 11th it commenced duty in the Wulverghem sector.

A number of this Battalion were very young and suffered 8 casualties Killed in Action or Died of Wounds before the end of the year.

The one soldier of the Cheshire Regiment buried here belonged to the 1/6 Battalion which took part in the now famous “Christmas Truce” and maybe even the football match in the Wulvergem area.

Two survivors of the 6th Cheshires, Private Ernie Williams and C.S.M. Frank Naden, both claimed in interviews to the TV and the press that had taken part in one such truce and kick-about in Wulverghem. Wulvergem Church (left) was destroyed by shellfire and rebuilt in its present form in 1925.

the Christmas Truce and the stories of these two men

Finally, on Christmas Eve 1914, the full complement of the Battalion was restored when Captain Lloyd, Lieutenant Mares, 2/Lieutenant Guy Leslie Hazeon, 2/Lieutenant Rhodes and 2/Lieutenant Michener with 444 N.C.O.s and men joined from England.

Captain Frank Lewis Lloyd had been wounded during the attack on Violaines on 17th October 1914. He was among 6 Officers killed when the Germans launched a surprise attack during the Battle of Loos – probably on 3rd October 1915.

On Christmas Day Brigadier General Count Gleichen was again present to inspect the new draft. The Battalion also received their Majesties Presents and Christmas Cards whilst in the trenches at Wulverghan.

The purpose was to provide everyone wearing the King’s uniform and serving overseas on Christmas Day 1914 with a ‘gift from the nation‘.

Despite being back home in Hospital, Grandad still qualified to receive his box – now in the safe keeping of his grandson. At the time the Princess (pictured right) was only 17 years old, and her gesture was received very favourably by the men.

Shortly before the end of the year, on 29th December 1914, the now rejuvenated Battalion marched back to their billets in Bailleul and ended the year with a route march on the 31st!. 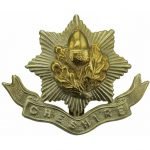 So ended 1914, the first year of the Great War, that should have been “over by Christmas“.

Grandad was back home, his War over. He had marched into action as part of the 1st Battalion’s 26 Officers and 980 NCOs and men as it headed into action to meet the German Armies near Mons just four months earlier.

By the end of the year 5 of those Officers were dead, killed in action, 8 more wounded and captured and 7 captured unwounded. (Two more of the original complement of Officers were to be killed in 1915.)  96 NCOs and other  ranks had been killed in action; 13 died of wounds and 42 more were to die later in the War, many as prisoners of war.

490 NCOs and men were captured on August 24th alone and countless others later, so many the War Diary could not list a figure.  Even these statistics, horrendous as they were, did not include Grandad, and the many like him, who having been wounded were in hospitals in Britain and France.

The Old Contemptibles had done their job, but as Crookenden (p. 32) was to note after the Battalion was inspected by the Prince of Wales, the Commanders and even the King:

“They had certainly earned all the praise they got, but alas, few who had earned it were present to hear it.”