Officers, N.C.O.s and Men of the 1st Battalion, Buried in Gorre British and Indian Cemetery 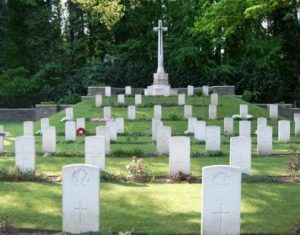 This cemetery contains a total of 929 Commonwealth burials (830 from the UK, 1 Australian, 2 South African and 96 from India) + 8 from Germany and 1 from France.

Of the Commonwealth burials 28 are “Known Unto God“.

The Cemetery contains 2 named soldiers of the Cheshire Regiment who both died of wounds received whilst trying to take La Bassée on 19th October 1914. The cemetery is in the south-east corner of the grounds of Gorre Chateau, and was begun in the Autumn of 1914 and used until April 1918.

Personal: Richard was born in the September quarter 1887 in Elton, Sandbach, Cheshire the second son of William (‘Agricultural Labourer‘ in 1891, ‘Railway Platelayer‘ in 1901)) and Hannah (née Latham ?) Ashley, of The Fields, Elton. 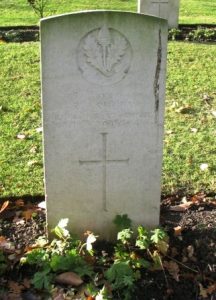 As a Reservist he was recalled to the 1st Battalion at the outbreak of War and his Medal Card shows he entered France 16 August. He fought under Captain Jones on the right flank of the Battalion’s action at Audregnies on 24th August.

about how some of ‘D’ Company extracted themselves from the Battle, under either Capt. Rich or Capt. Jones.

Richard was one of the 9 men killed during the action to take La Bassée on 19th October. The War Diary states:
“10.0 a.m. Attempted to occupy LA BASSEE, and came under heavy fire of each arm. Finally entrenched 450 yds in front of former positions.”

His ‘Register of Soldiers Effects’ states that Richard died in the “15th Field Ambulance, Nr. Violaines“. He was presumably taken there suffering from wounds and died shortly afterwards as Field Ambulance were to found close to the front line.

According to his Service papers John did not marry, nor did he have any children. At the time of his death his mother is listed as next-of-kin who by then had moved to 16 Second Wood Street, Nantwich. 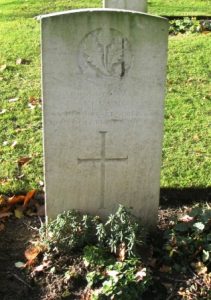 Military Service: George enlisted at Nantwich, Cheshire on 5 February 1913, aged 18 years 2 months, having previously been in the 7th (Special Reserve) Battalion (Private 9183), which he joined on 1 January 1912.

His terms of service were 7 + 5 (i.e. 7 years active service + 5 years reserve). He was posted to the 1st Battalion in Londonderry on 12th February 1913, from where he sailed to France at the outbreak of War.

His Medal Card shows he entered France 16th August and he would have seen action at Audregnies on 24th August. However, his name does appear on the published members of the Original 1st Battalion. He died on the 20th October 1914, one of the 24 men wounded on that day. In total he served 1 year 257 days with the Regiment.