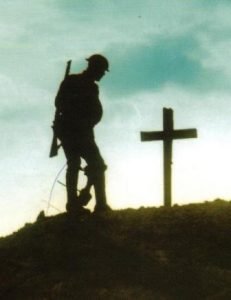 In this section the names of all the Officers, N.C.O.s and men of the original 1st Battalion who gave their lives in the first crucial months of the Great War are listed.

For those who survived 1914 many were to die later, killed in action or of wounds received. For these reasons the pages of this site are divided into the actions of the 5 months (August – December) 1914. By then few of the Old Contemptibles were left, so 1915 – 1919 forms the remaining section.

Other links (see  below ) will take you to Memorial where the men are commemorated or the Cemetery where each is buried.

Some were listed as “Killed in Action“, some subsequently “Died of Wounds“, whilst others simply “Died” (Often whilst a ‘Prisoner of War’) – all have been listed here.

The information comes from an amalgamation of the Commonwealth War Graves Commission site and the “Soldiers Died in the Great War” database. In each case, as far as possible, you will be able to link to the CWGC

site to the record of each soldier, and also to look at details of the cemetery that is their final resting place or the monument that is their place of their commemoration.

The lists of the Battalion War dead have been arranged in a table of the soldiers of the Original Battalion, divided into Officers, N.C.O.s and Other Ranks. For those who made the Supreme Sacrifice you can link to further details of life and military service.

the lists of names of the 1st Battalion, August 1914, and search for the name you are looking for.

Similar links can be made via the “Memorials and Cemeteries” Menu on the toolbar above, or by searching the Table of Cemeteries and Memorials below.

Of special note should be the actions of 24th August 1914 at Audregnies, near Mons, where the Battalion lost 3 Officers and 54 NCOs and men killed in action, with many more wounded or taken prisoner.

On that day in all 78% of the Battalion was lost – killed, wounded or missing – in a heroic action that protected the withdrawal of the British Expeditionary Force. The Battalion was exposed to the onslaught of two German Army Corps in open fields near the village.

Their heroic stand saved the British Expeditionary Force from a disaster and is celebrated as a second Regimental Day on 24th August.

Note should also be made of the actions of 17th to 22nd October, around Festubert and Violaines. Three Officers and 75 men gave their lives in an attempt to take La Bassée.

It was during this second action that Grandad suffered wounds that were to end his Service in the Great War.

For its third major engagement in this short period – what was to become known as the ‘First Battle of Ypres‘ – the 1st Battalion moved into the trenches on 5th November 1914.

Between then and 20th November the War Diary reports 35 killed, 99 wounded and an unspecified number missing.

Officers and men of the 1st Battalion who died in the period 4th August to 31st December 1914 are commemorated on three memorials to the Missing and are buried in 24 Cemeteries spread throughout France, Belgium and Germany.

In addition, 39 men of the original 1st Battalion, who formed part of the British Expeditionary Force, were killed or died later in the War (i.e. 1915 – 1919), some from wounds received during the actions of 1914; some from subsequent battles and others whilst in captivity, as prisoners-of war.  These are commemorated on one other Memorial (Thiepval) and buried in 14 other cemeteries.

These are ‘The Old Contemptibles‘ of the Cheshire Regiment.

All of these Memorial and Cemeteries are listed below and you can link from the buttons to see those buried and commemorated in each place.

CLICK on the Cemetery or Memorial Name to take you to the page showing who is buried and/or commemorated there.