Officers, N.C.O.s & Men of the 1st Battalion, Commemorated on the Le Touret Memorial 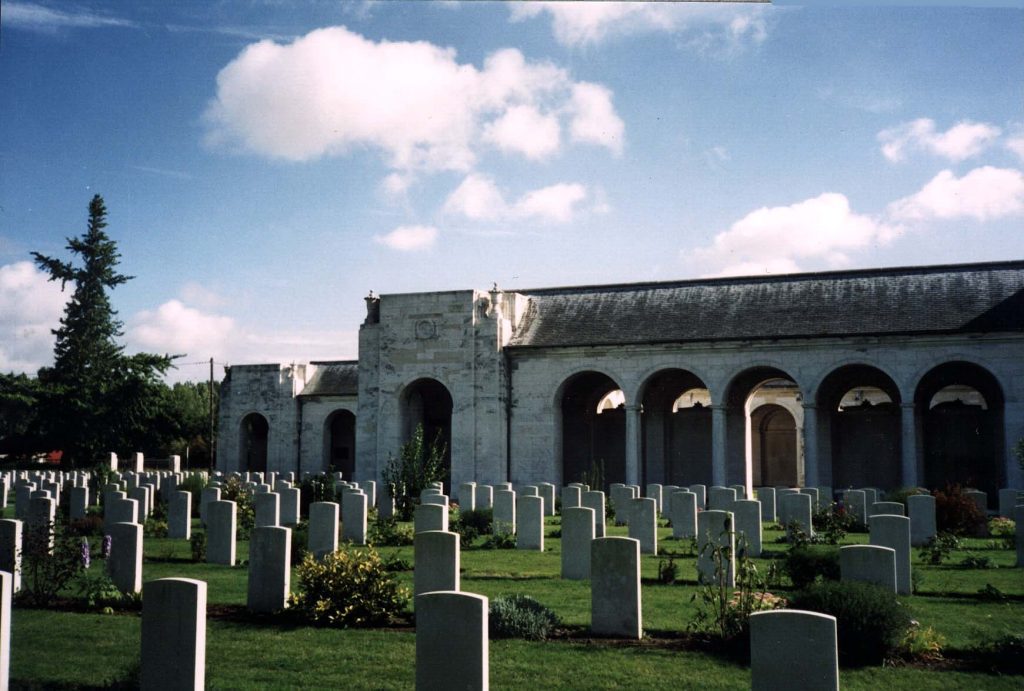 The Le Touret Memorial commemorates 13,479 British soldiers who fell in the fighting from October 1914 until 24th September 1915 and who have no known grave.

Names are listed on the memorial by Regiments, under the title of each Regiment by rank, and under each rank alphabetically. 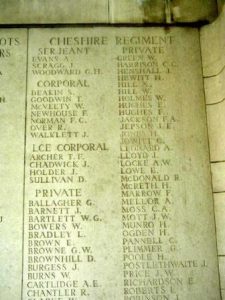 This Memorial commemorates 85 Officers and men from the Cheshire Regiment, all of whom were killed in October 1914, principally during the Battalion’s action around Festubert and La Bassée.

On October 13th and 14th 1914 the remnants of the original 1st Battalion attempted to take Festubert and the names of 13 of those killed appear on the Memorial. 55 NCOs and men were reported missing, presumed captured.

Between the 17th and 20th the Battalion attacked La Bassée, (14 names) and tried again on 21st/22nd. 53 of the Memorial names represent those killed at Violaines on the 22nd alone.

The Canal in more peaceful times

Most were killed trying to take the La Bassée Canal. On the 22nd they were surprised by a snap German attack and later in the day the whole Battalion now found that there were no troops on either flank and was forced to further withdraw to avoid being cut off. Over 220 men became casualties – dead, wounded or captured.

‘The Battalion‘, wrote Crookenden ‘had got nearer to La Bassée than any British or Allied troops were to go for four years.’

It was during this action that Grandad [Pt. 7632 Ernest John Conway] received the wounds that ended his Service with the 1st Battalion.

However, of the 85 men commemorated on the Le Touret Memorial, 24 were of the original 1st Battalion who sailed for France on 14th August 1914, the others had arrived later as reinforcements.

CLICK the links below to learn more about these men who had been with the 1st Battalion since embarkation for France in August.

Of the 85 men commemorated on the Le Touret Memorial, the remaining 61 had arrived later in the year as reinforcements, such as the contingent with Lt Hartford,  and 90 other ranks who joined the 1st Battalion on 5th September at 4.00 p.m.

For now you can look at the CWGC records for these men by clicking the links below. It is hoped that a fuller account of each man’s service and personal details will appear in due course.